​PPSA is a nonpartisan group of U.S. citizens who advocate for greater protection of our privacy and civil liberties
​in government surveillance programs.
OUR PROJECT FIGHTS FOR YOUR PRIVACY >>>
TAKE ACTION NOW >>>

ACTION NEEDED NOW: To bring federal surveillance programs under the Constitution, contact your U.S. House member and tell them you OPPOSE “clean” reauthorization of Section 215. 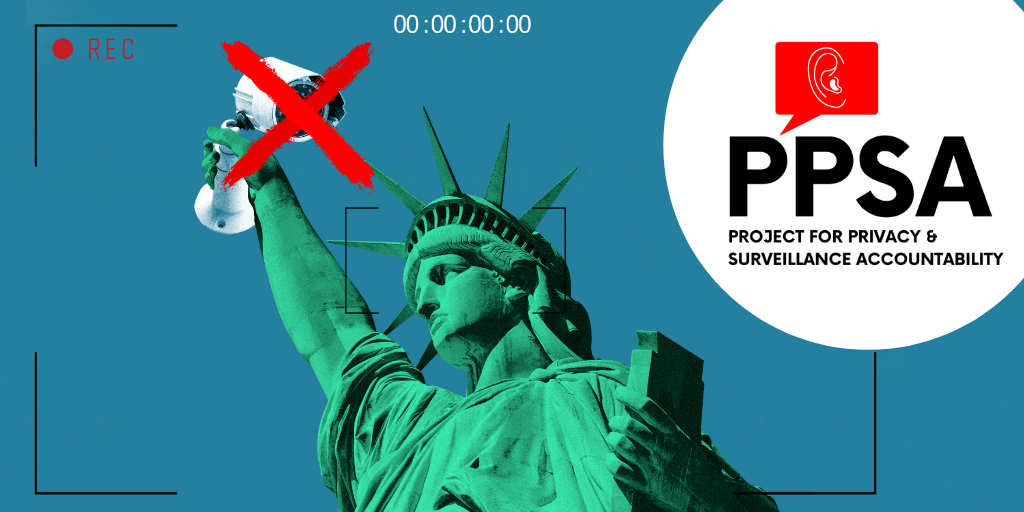 ​With the House debating impeachment of President Trump based on a complaint from a whistleblower within the intelligence community, we run the risk of partisan positions about surveillance only becoming more embedded.

When special Department of Justice (DOJ) prosecutor John Durham soon completes his investigation into the origins of the Russia investigation, a Republican senator almost surely will question reported FBI surveillance of Trump campaign officials and consultants in 2016. A Democrat will express concern about the ability of the government to stop Russians from targeting Democratic presidential candidates in 2020.

A strange role reversal has occurred. For decades, when intelligence agencies and their operations were publicly denounced, Republicans invoked national security concerns and leapt to their defense. The Democrats were the civil libertarians, dragging secret surveillance into the disinfecting light of day.
READ FULL OP-ED BY PPSA HERE >>>
PPSA ALERT: News Alert: Pacific Research Institute & Project for Privacy and Surveillance Accountability File Amicus Brief in Support of Americans for Prosperity Foundation v. Xavier Becerra
The Pacific Research Institute and Project for Privacy and Accountability have filed an Amicus brief supporting Americans for Prosperity Foundation (AFP) in its lawsuit against the Attorney General of the State of California, Americans for Prosperity Foundation v. Xavier Becerra.
​
The California law in question requires charitable organizations to disclose to the state information on their biggest donors, a requirement the AFP contends endangers the First Amendment rights of donors.
READ AMICUS BRIEF HERE >>>
PPSA OPINION: Congress should defy Dan Coats' last request on phone surveillance

On his way out the door as director of national intelligence, Dan Coats asked Congress to permanently extend legal authority for a National Security Agency (NSA) program that allows the government to see who we call and text.

How much does such “metadata” on calling records say about us?
​
More than you might think. A Stanford University study, presented in 2016, collected metadata — such as the numbers we call or text, how long we are on the phone — from the smartphones of 823 volunteers. From their 250,000 calls and 1.2 million texts, researchers gained insights about individuals’ religious beliefs, heart and neurological conditions, gun purchases and, in one case, a decision to schedule an abortion.
FULL OPINION ON THE HILL >>>
PPSA OPINION: Unmasking the unmaskers

Attorney General William Barr drew stern objections from Democrats when he told Congress he believes “spying” occurred on the 2016 Trump campaign. He doubled down by unleashing U.S. Attorney John Durham to investigate the origins of the FBI’s Russia investigation.

Liberals, mindful of leaker Edward Snowden’s revelation that the government had hoovered up Americans’ metadata under the last Republican president, are worried about the potential for warrantless surveillance under the current Republican president, whom Bernie Sanders accuses of being an “authoritarian leader.” Amid all this acrimony, Republicans and Democrats should realize we all need to better understand and control the Foreign Intelligence Surveillance Act, a law under which intelligence and law enforcement agencies can ensnare conversations between unwitting Americans and foreigners.
FULL OPINION ON WASHINGTONEXAMINER.COM >>>
PPSA COMMENTARY: John Durham Must Investigate 'Unmasking'

Partisans may cheer or jeer prosecutor John Durham, appointed by Attorney General William Barr to investigate how the FBI came to investigate Russian involvement in the Trump 2016 campaign. Of deeper interest to thoughtful people across the political spectrum is the light this investigation may shed on abuses of government surveillance that have occurred under both Republican and Democratic administrations.

Given Durham’s reputation for being both fearless and fair, the U.S. attorney for the District of Connecticut seems ideal for the job: He has investigated government misconduct ranging from the fiasco surrounding Boston mobster Whitey Bulger to CIA “enhanced interrogation” methods.
FULL COMMENTARY ON REALCLEARPOLITICS.COM >>>